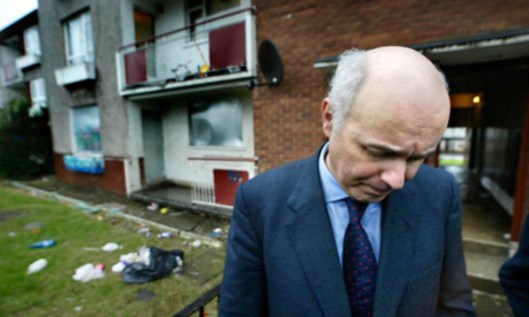 Crocodile tears: Everybody thought Iain Duncan Smith had a change of heart at Easterhouse and intended to help people. Instead, under his direction, the Department for Work and Pensions has caused the deaths of thousands upon thousands of innocent people.

The Department for Work and Pensions reckons that the rise of food banks has more to do with Christian evangelism than with helping people who can’t afford food because of Conservative government policies.

According to Political Scrapbook, DWP director Neil Couling said: “For the Trussell Trust, food banks started as an evangelical device to get religious groups in touch with their local communities.”

Has Mr Couling forgotten Iain Duncan Smith’s ‘Road to Damascus’ moment on the housing estates of Easterhouse and Gallowgates in Glasgow in 2002?