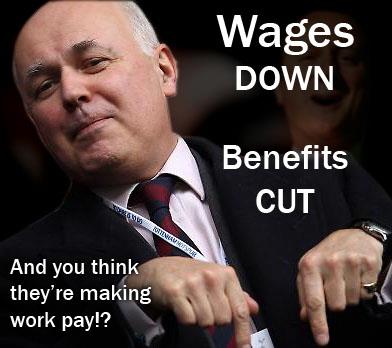 “Just think conference, it could be less than a year left for the Bedroom Tax.

Because the very first thing I will do if I am Secretary of State for Work and Pensions next May is repeal it.

It’s unfair, it’s unworkable, and it’s on its way out – across the whole of the United Kingdom. Scrapped, binned, axed, abolished, put out of its misery, consigned to the history books.

And for those Liberal Democrats who now say they’re against it too – we will see how serious they are when Parliament returns. Because we will call a vote on the Bedroom Tax. Today I have written to Nick Clegg to urge him to do the right thing and vote with us – not to water it…