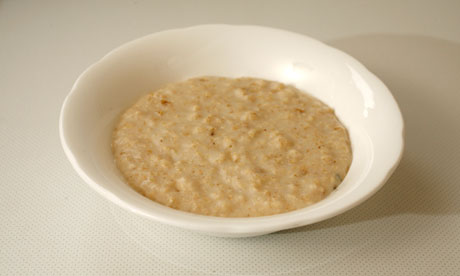 “A Conservative peer has sparked a torrent of criticism after claiming that poor people use food banks because they don’t know how to cook, in the wake of news that the number of people unable to afford their own food is soaring.

Baroness Jenkin of Kennington made the remarks while launching a major report that showed that 4 million people are going hungry in Britain.

While launching the report, Baroness Jenkin said: “We have lost our cooking skills. Poor people don’t know how to cook.

“I had a large bowl of porridge today, which cost 4p,” Mail Online reported Baroness Jenkin as saying. “A large bowl of sugary cereals will cost you 25p.”

The Independent reports in more detail,

Feeding Britain, by the All-Party Parliamentary Inquiry into Hunger in the UK, is careful to avoid party politics, and so does not mention cuts to the welfare…