I don’t know who is advising Ed Miliband but “public spending back to 1930s levels” wasn’t a good line.

It’s true that the Conservative’s proposed cuts take public spending to its lowest percentage of GDP since the ONS records began but it has been at similar levels in the recent past, notably under Tony Blair in 2000. 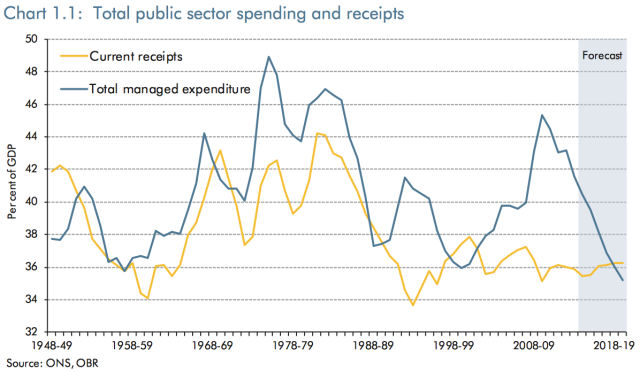 Inevitably, therefore, people would say “Well it was like that under your lot and the world didn’t fall apart.” That’s pretty much what Robert Peston skewered him with in an interview yesterday and what John Rentoul was tweeting all afternoon.

Ed Miliband: George Osborne wants to take us back to the scary 35% days of, er, Gordon Brown, 2001 pic.twitter.com/PZmoY0qLhu

This is source of 35% figure (35.2% from p7 of OBR report http://t.co/GBeBaWozKQ) Compare https://t.co/gzhCBovkz5pic.twitter.com/EygNdtrU6j