This morning, in advance of the new draft of the Investigatory Powers Bill being released, I asked six questions: 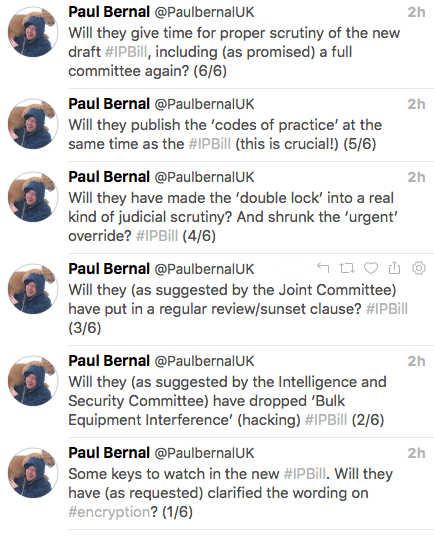 At a first glance, they seem to have got about 2 out of 6, which is perhaps better than I suspected, but  not as good as I hoped.