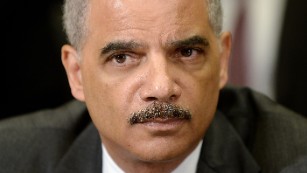 “We can certainly argue about the way in which Snowden did what he did, but I think that he actually performed a public service by raising the debate that we engaged in and by the changes that we made,” Holder told David Axelrod on “The Axe Files,” a podcast produced by CNN and the University of Chicago Institute of Politics.

“Now I would say that doing what he did — and the way he did it — was inappropriate and illegal,” Holder added.

Holder said Snowden jeopardized America’s security interests by leaking classified information while working as a contractor for the National Security Agency in 2013.