The Tory British Bill of Rights: ‘be the short change you want to see’ 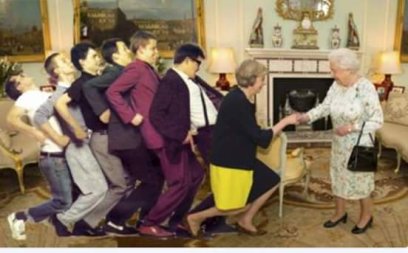 The politics of regression

The UK has passed a lot of posts over the last five years. We are now a post-European, post-welfare, post-consensus, post-progressive, post-rational, post-democratic, post-first world, post-liberal, post-inclusive, post-diverse, post-equality, post-freedom, post-rights, post-protest, post-truth society. We managed all of this by travelling backwards as a society, not forwards.

The clocks stopped when the Conservatives took office in 2010. Now we are losing a decade a day.

This week, the government have confirmed they still plan to repeal the Human Rights Actand replace it with a so-called British Bill of Rights. This will break the formal link between the European Court of Human Rights and British law. Any judgement from Europe would  be treated as “advisory” only, rather than legally binding, and would need to be “approved” by parliament. Such a Bill would definitely short change UK citizens in terms of balancing responsibilities, obligations and rights. It would profoundly…