Irony is widely reported to have died this weekend. Close friends said she left a note blaming Owen Smith’s ‘Liberty’ advert for her demise.

The campaign ad uses black-and-white footage of an Aneurin ‘Nye’ Bevan rally from the 1950s in its first few seconds, with a soundtrack of Bevan saying, 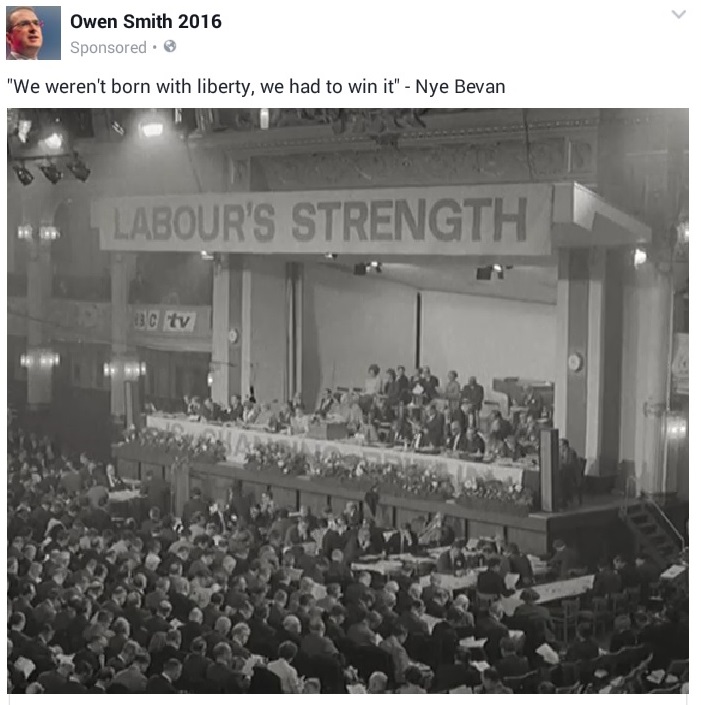 Commenting on the news, Satire – one of Irony’s closest relatives – said,

She’d been under a lot of strain recently but this was just too much. Using black-and-white footage of a 60-year-old mass rally to oppose a man who can raise huge crowds right now in full colour is bad enough…