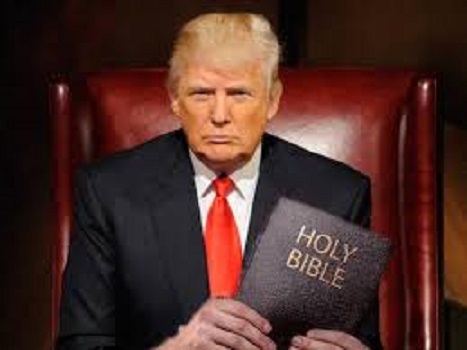 Donald Trump has suffered the biggest snub to his presidency so far after  God has reportedly ruled out attending  the President Elect’s inauguration.

A spokesman for God who is not even on twitter, told us that he had attended both Nixon and W Bush’s inaugurations but even he had his limits. “And he’s got another thing he’s supposed to be at. And it was arranged ages ago” A leading church figure explained.

The news will undoubtedly be a blow to team Trump who it’s thought had relied on God’s omnipresence to ensure his attendance there as well as everywhere else simultaneously.

Trump himself has hit back angrily calling God a “failed deity who should concentrate more on creating the world in 7 days instead of meddling in politics”.

“I’m here to stand up for real Christian values, such as misogyny, xenophobia, amassing billions off the backs of normal working people…