Remember Cameron in warehouse? #May can’t fill hall from whole of Scotland

Anyone who follows politics even a little must remember the fiasco of David Cameron’s speeches to ‘packed’ crowds of enthusiastic Tories gathered to hear his words of ‘wisdom’. Except, as a less flattering camera angle revealed, the listeners were no more a crowd than Cameron’s words were wise: 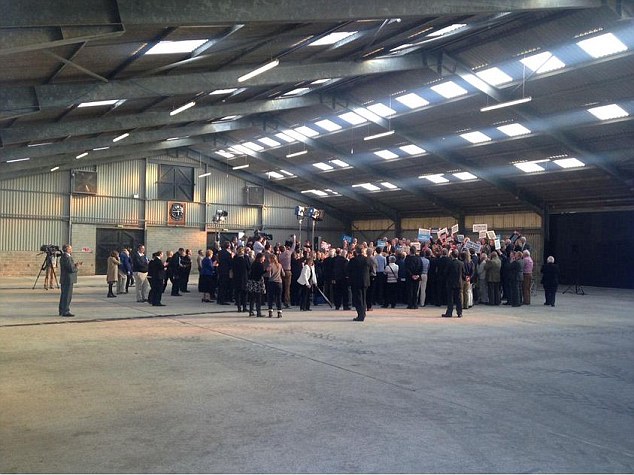 Thanks to the excellent @rachael_swindon, the SKWAWKBOX can reveal that Theresa May is even less successful as a crowd-puller than her predecessor:

Mrs May spoke to the Tories’ Scottish conference this week and, in spite of the Conservatives’ supposed resurgence in Scotland and the presentation of the conference by the Tory-owned media as if May was queen of all she surveyed, this candid picture of the audience reveals a very different truth:

Maybe not quite as rare as rocking-horse turds, but they’re definitely sparse and, well, they also don’t exactly look… vibrant? If it was a bus-load of pensioners whose driver…