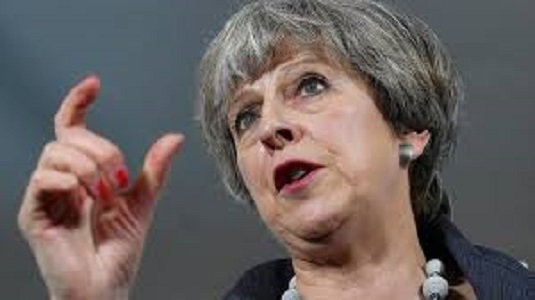 The world is 4000 years old and the human race started with one white couple in Africa, an apple and a snake, the Prime Minister has confirmed following this morning’s meeting with the DUP.

Speaking from outside Number 10 Mrs May who appears to still be there said “I can confirm that a Conservative DUP alliance will be running the country and negotiating a hard and unpleasant Brexit for Britain. We’ll be providing an eclectic mix of isolationism and social intolerance. It’s the will of the people. Except for the gays who are only smarting because we’re now going to stop from getting married.

“However apart from reversing gay marriage and of course taxing people for being gay it will be business as usual and all the same policies as if we’d had an outright majority. But we’ll also be denying climate change and banning abortion.”