News just in that left-wing, grassroots candidates Seema Chandwani and Billy Hayes have won by a landslide in the crucial election for Labour’s CAC (Conference Arrangements Committee): 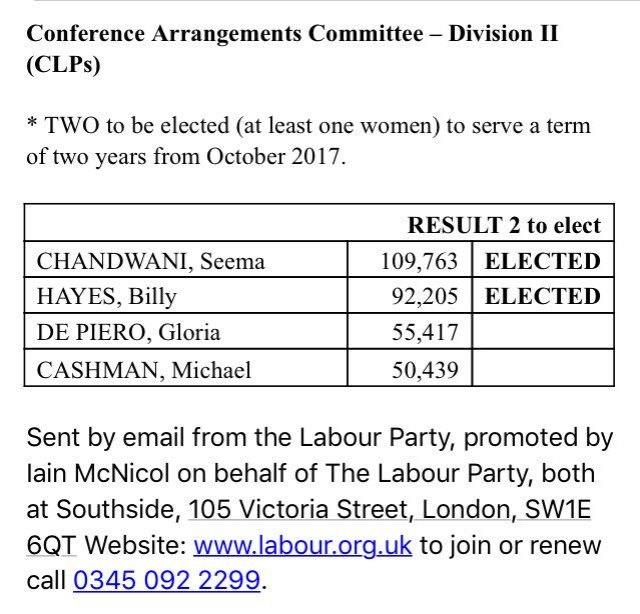 Congratulations to both candidates – and to the people who organised, campaigned and voted for them to overcome questionable behaviour by Labour HQ and ‘surprising‘ campaigning by rivals.

Ms Chandwani tweeted that a ‘girl from a council estate from Tottenham’ had won top spot, which shows this to be a major victory for grassroots democracy as well as for Labour’s left generally – and for that it’s doubly welcome.

The pair will not take their seats until after this year’s annual Conference in Brighton, which means there will still be a fight to make sure departing CAC members do not take damaging decisions as departing NEC members did at last year’s Liverpool event.

But the left will have a solid majority…