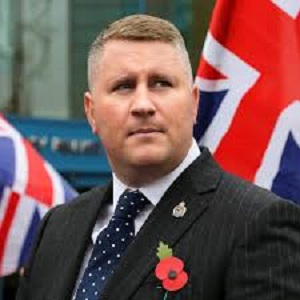 Britain First leader Paul Golding has revealed that US president Donald Trump is his father in a candid interview with the Guardian.

In an extract for the full interview to be published tomorrow, Mr Golding says “I’ve done everything I can to impress him. I’ve abandoned all my hippy mates from Uni, I’ve blamed all the problems of today’s society on Muslims, I’ve incited hatred, I’ve even manipulated social media with a little bit of help from Russia, but he barely seems to notice me. And the fact that he has started retweeting Jayda’s tweets on twitter rather than mine just makes me want to give up and work for Jeremy Corbyn instead.”

Indeed, behind the overwhelming urge to impress his estranged father, lies a man secretly comfortable with ethnic diversity and an eclectic mixture of religions and secular societies rubbing along together in harmony.