Earlier today, European Commission President Donald Tusk tweeted his excitement about an imminent deal between the UK and the EU on the Irish border:

Shortly afterward, the Europe editor of Irish broadcaster RTE tweeted breaking news about the nature of the ‘progress’:

‘No regulatory divergence’ – essentially, that the whole island of Ireland will operate on a single regulatory framework, which is very, very similar to the ‘sea border’ solution for the island that was emphatically rejected by the Democratic Unionist Party (DUP): 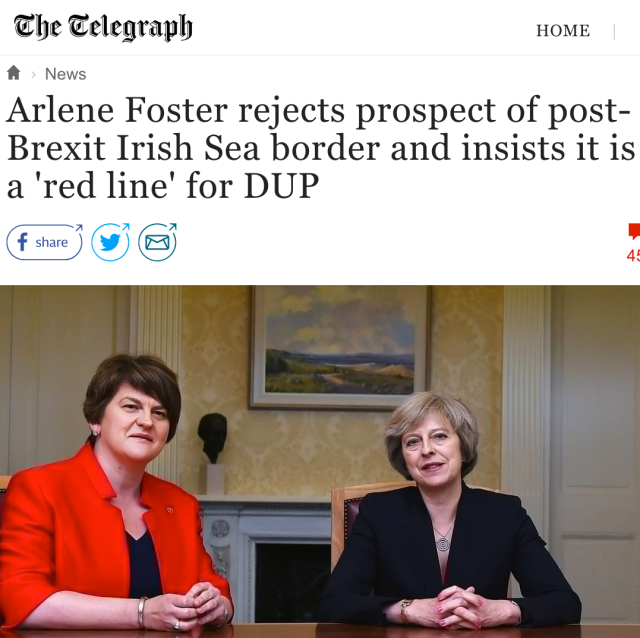 The announcement, expected to be formalised imminently, shows a weak Tory government digging itself into a very deep hole in its desperation to get trade talks moving with the EU and save fade in front of the UK public.

An expert on Irish affairs, speaking on condition of anonymity, told the SKWAWKBOX:

Working-class Protestants will oust Arlene [Foster] in days if she goes along with this.