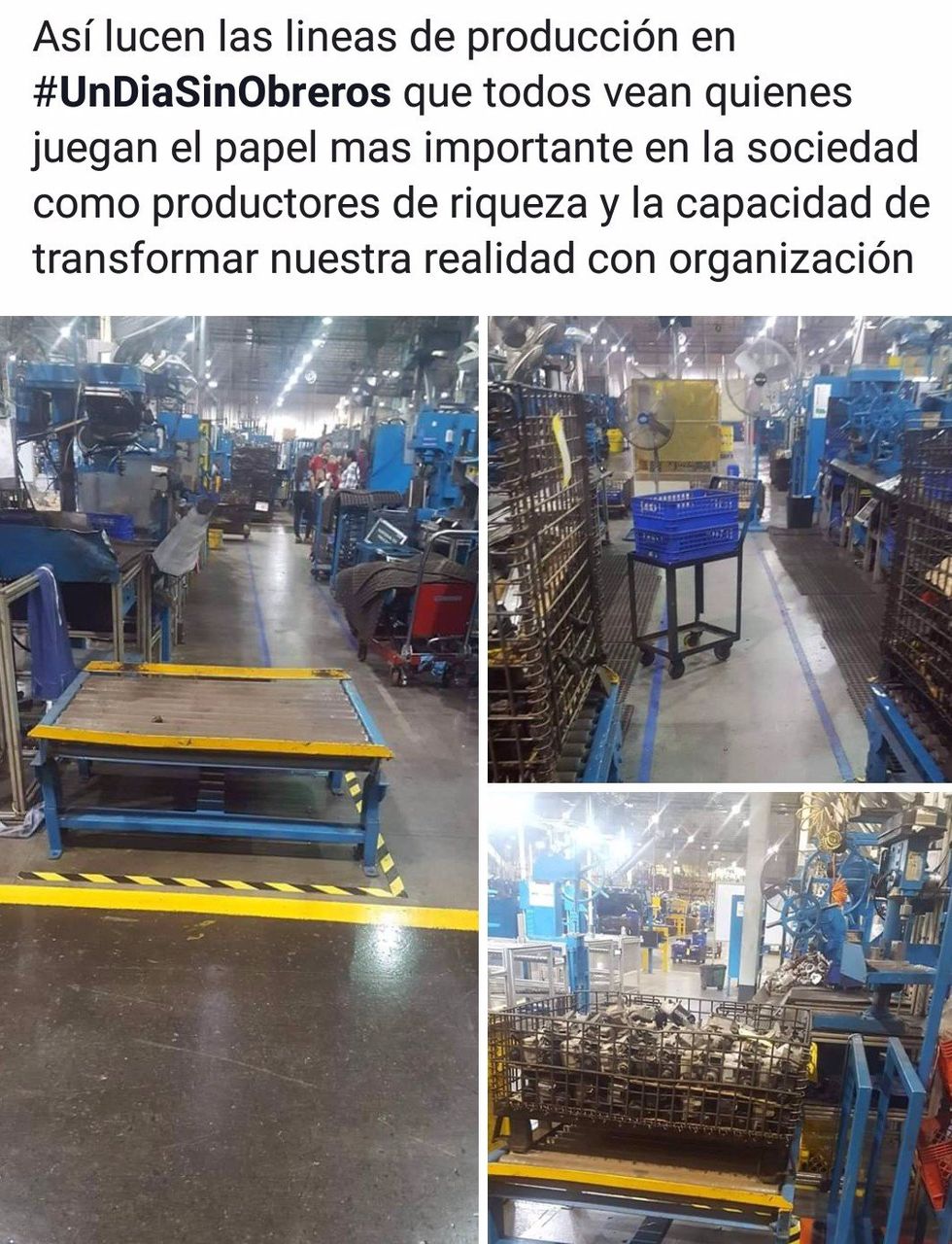 This post by Mexican striking workers reads, translated: Empty production lines for #ADayWithoutWorkers so all can see who plays the most important role in society as producers of wealth and the capacity to transform our situation by organizing.

Tens of thousands of striking Matamoros, Mexico workers march to border to appeal to US workers

The strike by 70,000 “maquiladora” workers in Matamoros, Mexico has entered its second week and continues to intensify each day. Yesterday, workers held a protest titled “A Day Without Workers” to demonstrate that it is the working class—not the unions or the bosses—that generates all of society’s wealth.

Photos circulating on social media showed deserted factories … . Over 50 factories have now stopped production as a result of the strike, costing corporations an estimated $100 million over the course of one week.

After refusing to show up to…