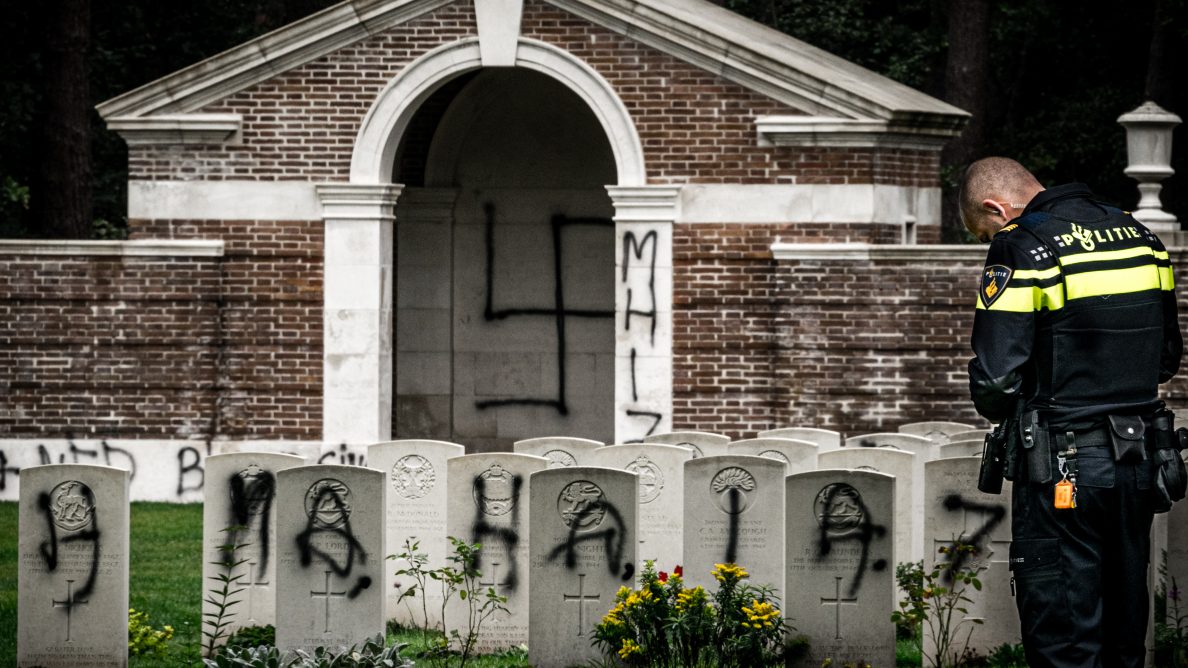 The Brabant police arrested a resident of Mierlo in connection with the vandalism of graves and monuments at the local war cemetery. The 36-year-old suspect was arrested early this morning in his home. The man is being questioned today.

Yesterday, graves, walls and the chapel of the war cemetery turned out to be smeared with, eg, a swastika and incomprehensible English slogans. Almost all tombstones are daubed.

An amateur historian was to lead a school class at the cemetery yesterday. That visit was canceled.

The cemetery was also violated last weekend [with a swastika]. The manager assumes that the same perpetrator struck twice.

On the Mierlo War Cemetery 665 soldiers are buried who died between September and November 1944 during battles around the Maas and the Scheldt rivers. Almost all of them were from the United Kingdom. There are also seven soldiers whose…