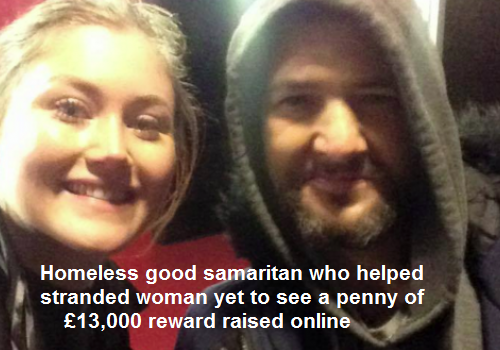 Remember the story a couple of months ago about a homeless man – Mark Collins – who helped a desperate young woman when she was stranded in Euston over­night after missing the last train home:

It was a such a touching story, thousands of people donated money – £13,000 to be exact – to help Mark get back on his feet.

But amazingly, Mark still hasn’t seen any of the money yet.

“Giving large amounts of money directly to someone with support needs could have been harmful”.

Safer Streets is a project run by a charity called Change, Grow, Live. Which until recently was called Crime Reduction…